The team “Falácias e Carícias”, composed by students of the Universidade Federal de Itajubá (UNIFEI), finished in first place at the Muzambinho-MG stage of the Programming Marathon, held on September, earning the spot to the Brazilian Finals that will occur on November 9, at Campina Grande-PB.

The team was also invited to participate in the training that will happen at the beginning of the same month. At Muzambinho, 42 teams from 11 universities and colleges of the region attended the competition.

The Marathon was created in 1996 as an event from the Computer Brazilian Society (SBC), born from the regional qualifying contests for the world final of the International Collegiate Programming Contest (ICPC). Each team is composed by three students that try to solve, in a 5 hours’ time, the biggest number of problems possible. Different universities of Brazil promote local events, aiming to select the most prepared teams to join the South American stage of the Programming Marathon. After that, the best teams are chosen to the world finals.

This year, the first stage of the competition was held in 47 different places, with teams from various states. In total, 726 teams from 224 schools participated in the Brazilian competition. The test held in Brazil was simultaneously used in Mexico, Central America and the United States of America, totalizing more than 1000 different teams. 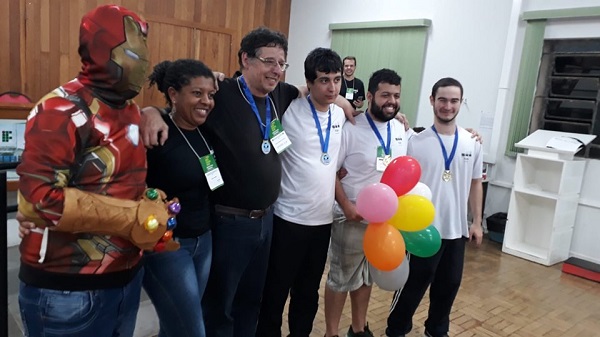