Between the days 26 and 27 of October, the Uai!rrior team, from the Universidade Federal de Itajubá (UNIFEI), attended the Hacktudo event – digital culture event, promoted at the Cidade das Artes complex, in Rio de Janeiro-RJ.

With free entrance, the event was open to the public and this year’s schedule featured activities such as Hack Conference, Hackathons, Maker Arena, Workshops, Displays, Gastronomy and Robots and Drones Arena.

Between the days 13 and 15 of September, the team also participated in the biggest robot competition of Latin America: the Winter Challenge. Every year, the event is open to the public and covers combat robots from 454g to 27,2kg. This year’s event was held in Concórdia-SC, organized by Robocore, and granted four trophies to Uai!rrior.

In the Hockey-Pro category (6,8kg), the team won the gold with Calculus robot. The second gold came with Federal M.T. robot, in the Lightweight category. The team also conquered the silver trophy in the Antweight category (454g) with Bacon robot and bronze in the Beetleweight category with Ricota robot. 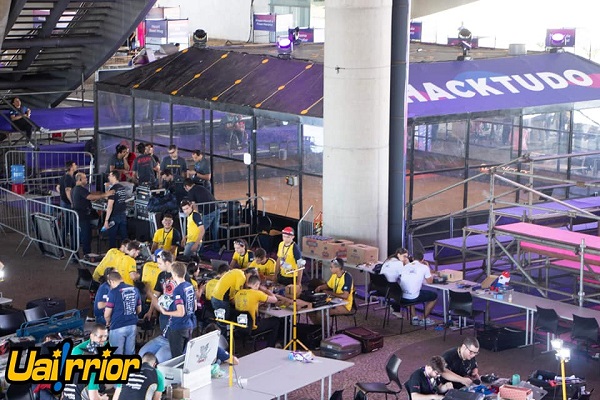