On October 14, UNIFEI received the visit of the professors Esteban Acosta, from Universidad Nacional de General Sarmiento (INGS), and Franco Chiodi, from Universidad Nacional del Centro de la Provincia de Buenos Aires (UNICEN). One of the goals of the visit was the progress of the agreements about Industry 4.0 between the institutions, as well as to enlarge this partnership.

In total, the three universities developed eight papers, already published in various events, including the Congreso de Ingeniería Industrial (CONI), in Argentina, and the National Encounter of Industrial Engineering (ENEGEP), in Brazil. Also, professors from Management and Industrial Engineering Institute (IEPG) from UNIFEI, Fabiano Leal and José Antonio de Queiroz, promoted training and courses for Argentinian universities in 2018 and 2019, respectively. 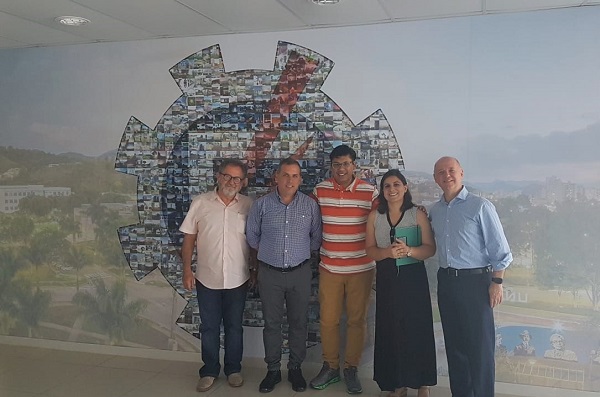 Between October 15 and 22, UNIFEI received the visit from professor Markus Timusk, from Laurentian University, Canada, to know Itajubá and Itabira campuses and to participate in meetings about partnerships between both universities. Professor Markus also lectured about the Canadian university and its diverse undergraduate and graduate courses, as well as researches there conducted. 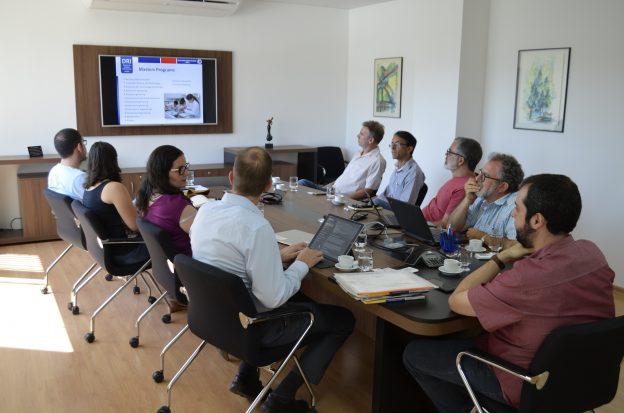 One of the subjects mentioned was the SisDIA, a national project that has the main goal to promote innovation and technology. The visitors also had the opportunity to know the work done at the Junior Enterprises, Technological Competition Academic Projects, and others.

Visitors from Belo Horizonte at CEU